#‎resigncameron‬ and the need for smarter action 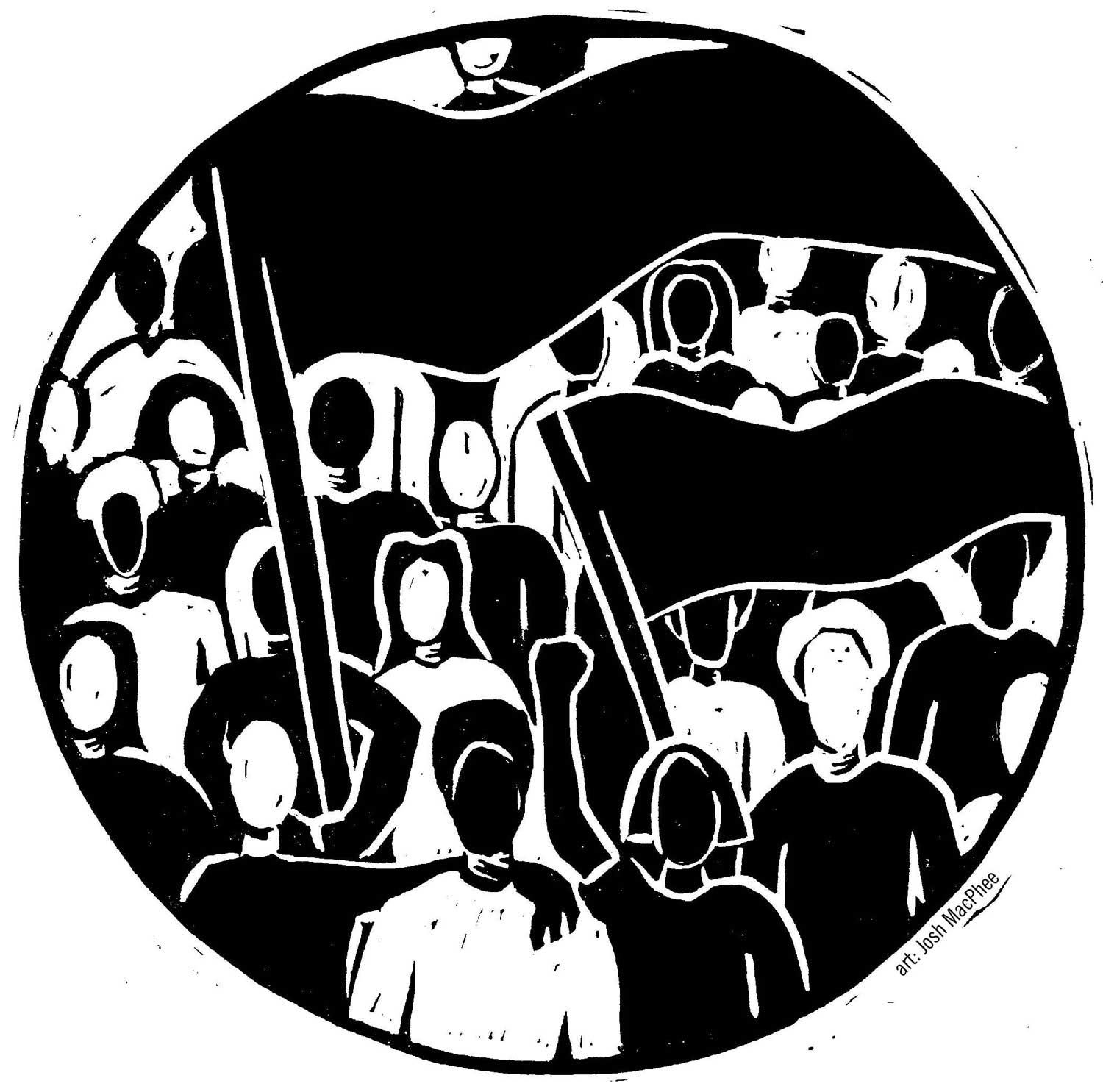 Many who oppose the government's policies sought to exploit the Panama Papers leak for a change of government. The‎ #resigncameron hashtag was born, protests staged and people spoke of the need for revolution.  On the one hand, the would be revolutionaries recognise the scale of the problem and the flaws in the institutions that stifle radical solutions. They recognise that it is a struggle. Their rhetoric is romantic and intoxicating, but also misleading. A revolution sounds quick and decisive, but the inconvenient truth is that they require serious planning, considered action and sustained vigilance.

Most people, whether sympathetic or not, see the movement for what it is - opportunism motivated by ideological opposition. It appeals to those overcome by sentiment, but it’s unlikely to persuade an electoral majority. Instead of targeting Cameron and other figureheads they should target transparency. A call for transparency has broader appeal because it doesn't directly target one party and comes across as a well-intentioned moderate demand for better governance.  It builds into the broader narrative - the expenses scandal resonated and hasn’t been forgotten.  Whilst some concessions were made, it’s plain to see that they were insufficient to effect the political culture. More needs to be done.

Greater transparency addresses the actual problem.  Our opaque political system allows avoidable cronyism and corruption to flourish. A call for transparency is more reasonable and at the same time radical. Removing Cameron would assuage a symptom rather than address the vulnerabilities of our institutions.  I sympathise with the ambitions of the movement but they shouldn’t let fantasies get in the way of progress. Incremental improvements should be sought, celebrated and built upon.  Whether wrapped in the language of revolution or not, the brain as well as the heart must be seduced ensure lasting change.

Email ThisBlogThis!Share to TwitterShare to FacebookShare to Pinterest
Labels: Feature 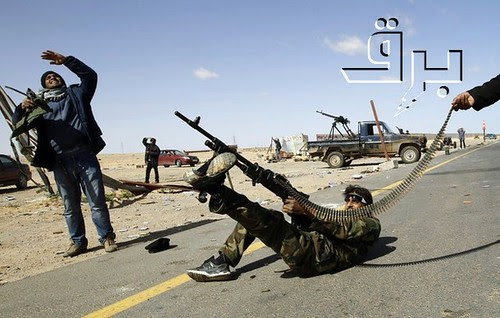 The humanitarian case for intervening in Libya is well-stated – Libyan rebels faced an inevitable massacre. Yet, the humanitarian justification runs counter to recent, and ongoing, international activities of the intervening coalition. The continued support for authoritarian regimes within the region poses an unsettling (if not unfamiliar) juxtaposition with the moralistic rhetoric.
"[W]henever and wherever violence is used against peaceful demonstrators, we must not hesitate to condemn it." David Cameron - UK Prime Minister

Regrettably, the actions commissioned by leaders of coalition nations belie the noble sentiments David Cameron glibly expressed. It is a cynical deceit. Clear and honourable sentiments designed to beguile the electorate and obscure deplorable deeds. The quote itself is from a speech Cameron gave in Kuwait whilst touring the Middle East marketing UK arms to oppressive regimes.

Much of the coalition’s international activities have proven to be supportive of counter-revolutionary authoritarian regimes; Constantly denying the human rights abuses of client states, funding torture, and supporting the overthrow of democratically elected leaders. With the exception of Libya, the response to the uprisings has been to support favoured leaders. Cameron encouraged weapon sales, Obama kept funds flowing, and Sarkozy increased ‘defence’ funding for Tunisia. If the position becomes untenable, the coalition members (reluctantly) distance themselves, and urge the untenable leader to step down whilst continuing to support the regime. The figurehead changes, but the regime and unpopular policies endure.

The approach to Libya is different. Whilst it is true that relations with Gaddafi greatly improved (in some instances, quite markedly) during the 2000s, and that oil companies were the main beneficiaries, improving oil networks and dominating markets, Gaddafi was not subservient enough for the coalition’s liking. Gaddafi had long since created political conditions fit for revolution, which coalition leaders eagerly exploited in order to re-orientate Libyan polity more favourably to coalition interests. Gaddafi was too unreliable, regulations and agreements too uncertain, and resources too valuable. Gaddafi had to go.

Intervention began by arming Libyan rebels through Saudi proxies, and the subsequent agreement to the use of Saudi troops in Bahrain secured Saudi support for intervention in Libya. Despite claiming great concern for human rights and support for democracy the coalition are supporting counter-revolutionary regimes and downplaying the significance of brutal oppression. (Conveniently, for the coalition, as media attention focuses on conflict, coverage of atrocities elsewhere has been inconspicuous). Client states, Bahrain, Egypt, Iraq, Tunisia, and Yemen, have bloodily cracked down protests with the continued support of coalition members.

Even if the unpalatable realities of dirty deals could be dismissed as the acceptable consequences of engaging in Realpolitik, the unpredictable long-term consequences will inevitably bare greater significance. The composition of the rebellion demands closer inspection for the reason that should the rebellion succeed (to one extent or another) they shall have considerable impact on the future of Libya and beyond.

The rebels initial advance was characterised by indiscipline, overconfidence and overreaching. Little has changed. Inexperienced, poor communication structures and utilising child soldiers, they are ill-equipped to battle their professional adversaries. Whilst the figureheads appear a palatable enough assembly of human rights lawyers, much of the self-appointed rebel leadership is made-up of men with murky pasts. Pepe Escobar neatly summed up the composition as a ‘mixed bag of former Gaddafi loyalists, dodgy exiles, al-Qaeda-linked jihadis, business opportunists and true youthful revolutionaries.’

Abu Sufian Ibrahim Ahmed Hamuda Bin Qumu, once considered an extremist, detained in Guantánamo Bay, transferred to Libya, is now ‘a notable figure in the Libyan rebels’ fight to oust Col. Muammar el-Qaddafi.’ Abdul Hakim al-Hasadi (or Abdul Hakeen al-Hassadi) ‘fought against the US in Afghanistan, was arrested in Pakistan, imprisoned probably at Bagram, Afghanistan, and then mysteriously released’ now leads the rebel Darnah Brigade. Colonel Khalifa Haftar, ‘former commander of the Libyan army in Chad who was captured and changed sides in 1988, setting up the anti-Gaddafi Libyan National Army reportedly with CIA and Saudi backing.’ ‘For 20 years, Colonel Haftar has lived not far from Langley, Virginia, home of the CIA, which also provides him with a training camp.’

Not only do the rebels lack coherence as a group, the pattern of extremist to detainee then ally is worryingly familiar. (As are the tired deceptions regarding the denial of civilian casualties.)

The no fly zone permitted by U.N. Resolution 1973 to protect civilians offers insufficient scope for the coalition to fulfil their objective – a servile state. Mission creep is inevitable. Gaddafi’s forces have proved themselves ruthless tacticians; in response to the enforcement of the no fly zone, they adopted light armour guerrilla tactics. The result has been that coalition pilots fly around ineffectively whilst rebels and civilians suffer growing casualties.

The future for Libyans looks bleak; continued conflict, more drones, and a decline in living standards [pdf]. It is not enough to point at egregiousness and call for intervention. The long term and the cost of compromises must be considered. Our venal leaders are exploiting well-intentioned principles, propping-up bloody regimes and allying themselves with sinister bedfellows in expectation of healthy profits for national corporations.

Welcome to The Polemical Report

The Polemical Report is host to work that I have authored about various topics – mainly politics & media Commenting is encouraged.
If you would like to contact me, email thepolemicalreport[at]gmail[dot]com.